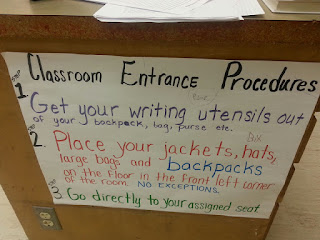 Being somewhat of a wanderlust, I have taught Reading at five different campuses in the last eight years. Consequently, I have learned a lot about school culture and climate. I have worked at schools that were so pristine, you could feel the exuberance in the air. All their technology was up to date. Books abundant and in tact. Money flowed through the air condition vents. There was edible food choices in the cafeterias and everyone (students and staff) ate together. There was no need to bring your own lunch. The food was awesome. For example, at Duluth High School in Georgia, the daily menu consisted of Spanish. Chinese, American and Italian cuisines along with a terrific salad bar.

There was one school where I subbed in Norcross, Georgia that even offered free breakfast. Snack machines were on every floor; flat screen televisions mounted in every teachers' lounge and they even had cable channels. There was not a speck of dust anywhere. Everything was clean. The kids were clean. The bathrooms were clean and supplies were readily available. People loved their job and no one ever spoke of leaving. I have learned that consistency indicates greatness.

Did you know Gwinnett County Public Schools (in GA) has had the same Superintendent for the past decade? While other school districts fight and switch out leaders every other year, GCPS stands strong. It is a record breaking feat and one they are very proud of. GCPS won The Broad Prize for Urban Education in 2010 and 2014,a $1 million award. Since its inception in 2002, GCPS and Houston ISD are the only two districts to ever achieve this accomplishment twice.

Undesirable schools do not have this type of leadership. Their culture and climate is off kilter. I have also worked on campuses that teachers hated. The teachers' lounge was filled with mumbling and grumbling. Everyone kept their resumes updated, just in case. The kids smelled awful. Teachers had to bring Febreez and candles to keep their rooms fresh. The bathrooms were filthy. Vandalism was widespread and the entire vibe of the campus was a mix of frustration, depression and chaos.

Have you ever known of a place where the kids wrote on the walls so much, that they finally had to be painted black? Have you known of an educational setting where students purposely broke toilets (pulled them from the molding) and trashed the place on a regular basis?

There are kids who have pulled school fire alarms causing evacuations. Students have caused thousands of dollars in flood damage plugging up sinks and purposely leaving the water on for hours. I have taught at a school that had leaky ceilings. Imagine... mildew grew above our heads as we tried to educate the youth. We submitted work orders everyday. It took forever for someone to come see about us.

They call it "da hood". No one really cares about that side of town, right?
In Dallas, I taught at a school where when a fight would break out students would stand on the cafeteria tables in order to good a good view. 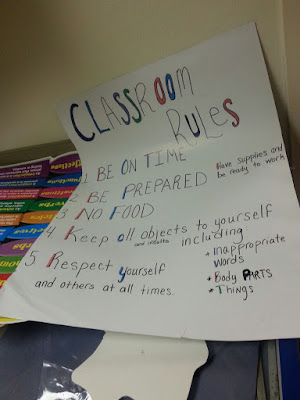 At another school the students were banned by the top executives of Dallas Area Rapid Transit/Dart due to their crazy behavior on the bus. Some teens are not courteous enough to know to give up their seat for the elderly. Others, apparently, do not know fighting in public is illegal, or maybe they just don't care...Maybe they are just too young to care.
There is such a culture and climate division. Many speak of the digital divide, but what about the RESPECT divide? What about the division between school leaders who have high expectations and those who just show up for a check? What shall we call that; the LOVE divide? If you let the kids tear the place up, you do not care. If  the district is slow to respond once the place is torn apart, they do not care. If parents are not stepping in to help stop the madness, they do not love their children or the schools that they attend.


Governor Perry has not done his due diligence in taking care of public schools in low income areas. Chartering up the place is not the answer. Equality in funding is the key. The US Department of Education has pointed this out several times. The misappropriation of funds is outrageous.
The whiter side of town gets the most funding. Charter schools are getting more funding than Public schools. Who really cares? Teachers are scraping by working for $35,000 to $60,000/year which is lower than the cost of living. It is a shame that America gives public servants salaries just enough to qualify for loans, but not enough to remain debt free. They make just enough to stay in debt, just enough to remain life long slaves.

There are two Americas;one that is underprivileged and one that is over privileged. The solutions are hard to determine. If the government does pour more money into the low performing, low socioeconomic schools will they appreciate it or devour it like crazed wolves?
Do test scores matter? If destructive, out of control kids cannot be expelled, what can be done? Is money the answer? Will it really make a difference? Will racism ever cease? Is racism incurable?
Are ghettos incurable? Will they always exist?

I have worked at "good schools" and "bad schools", but the question is why does this divide have to exist? Why can't they all be good?
Is this not a crisis?  If not, what is?

"The Case: In 2010, Texas sued the U.S. Department of Education after it denied the state’s application for $830 million in education funding. The Outcome: The state withdrew its case after Congress repealed an amendment by U.S. Rep. Lloyd Doggett, D, Austin, that was tied to withholding the funding. Cost: $6,110"
Posted by Sunny at 10:52 PM