Case Study: Why I don't know where the house is I sold and Why I really don't care...pt II

Okay, so here it goes. I really don't know how I ended up coming across auction websites for houses. I do know this guy's video changed my life.  Mike Hill, "The Wholesaling Titan" from Florida showed me how to wholesale houses using Hubzu.com. He taught the process step by step and it really changed everything. It was around August 2017 when I first discovered him and by October I had completed two deals using his virtual wholesale strategies. On my first virtual deal I made $500...On the second deal I made $1,200 and on the third I made $5,300...Here is the link to the video that changed my life. Click HERE. Thanks, King Mike!! You are beyond awesome!! The key words he said that really propelled my whole wholesaling business was "Transactional Funding". I had never heard the term before. I did not know a one day loan could even be possible. It seemed so weird at the time.
One of his followers asked how to close on a bank-owned home if they won't allow the contract to be assigned and Mike replied, "You will have to double close. Use transactional funding." I am a self proclaim GOOGLE QUEEN so, that day, I immediately googled the words: Transactional Funding". Instantly, I found a lot of lenders, but REIfunding.com is one that I will forever cherish!! They are so easy to work with and the CEO, Shari Peterson, is so down to earth and supportive!! She loves wholesalers!! My first deal was assigned so I did not need funding. I used REIfunding on my second deal and she helped me purchase a $46,000 house. I only had to pay the small earnest money deposit and she handled the rest. I was able to sell that house for $48,500...The title company received my $46,000 on closing day from my lender, and the "end buyer" wired over the $48,500...It was a very skinny deal...We did not get the amount we were expecting...It is a long story, but the point is I learned the power of transactional funding and virtual wholesaling by activating what I had learned on youtube.

I am not smart. I'm just hungry. I was tired of living paycheck to paycheck and worrying about bills. It was time for a change! Facebook, Google, and Youtube basically saved my life!! On the third deal, I partnered with one of my facebook friends, Maryse. I live in TX. She lives in FLA. I have never met her in person. She inboxed me asking how much I charge for mentoring. I responded telling her the best thing to do, instead of throwing away money on a mentor, is to use the money to lock down deals...get houses under contract and flip them. Together we closed on a house located in Brilliant, Ohio.
Mike Hill 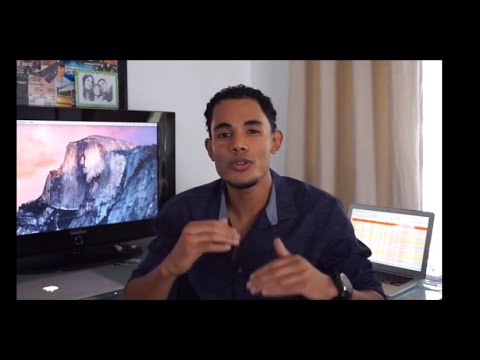 This was my first time doing a joint venture and we both profited $5,300 off that deal. Still, neither of us have seen the house. I found the house on HudsonMarshall.com and bid, and won it for $4000....then sold it for $12,000...I am not sure how we both received $5,300 because it was suppose to be less, but I believe we received some credits from the seller. Anyway, it was a pretty good feeling to close on an Ohio property from the comfort of my bed in Dallas, TX. Actually, it felt amazing. Some people might ask, "How did you find a buyer?" Actually, God blessed us on this one for real. The auction company sent me the buyer!! About two weeks after I won the property, I checked my gmail and there was exciting good news in my inbox:

I’m not certain of your plans for this property, but I took a phone call from a local man who really wants to buy the property.  I told him it’s under contract, and I can no longer take any bids.   I didn’t disclose your information, but I asked him if he would like me to provide you with his information.  He stated, yes.  I understand this is unorthodox, but he begged.  He’s aware of the condition and the amount of work it will take to made the home livable.   In case you need a buyer, it could potentially be him.  His information is as follows: XXXXXXXX etc etc

The House in Brilliant Ohio 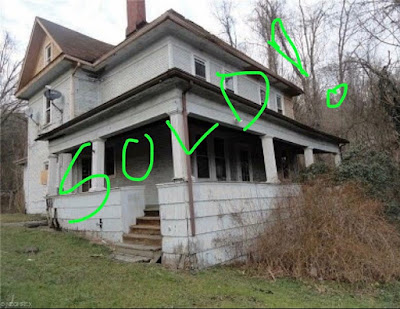 We closed about four weeks later (October 17,2017) and the title company wired me $5,374.20 five thousand three hundred seventy four dollars and twenty cents!!
That is when I chose my company motto: "Limitations are NOT REAL. Limitation only exist IN OUR MINDS."  #QueenSociety.net

I am no genius. I am just hungry. 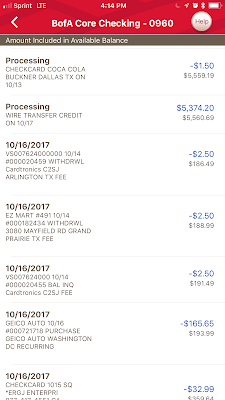 Real estate is not THE KEY, but real estate is my KEY. It is what works for me and my goals...and my personality. Yours may be different. LOL! I really think SALES is the key. EVERY MILLIONAIRE became so by selling something; Bill Gates, Donald Trump, Oprah Winfrey, Grant Cardone, Warren Buffett, Beyonce Knowles....etc. They all sell something that brings them sizable profits... Dominating in sales is the key to wealth!!!

Anyway,....back to the real point of this blog post.....I do not know where the house is I sold and I really don't care. I probably will never see it in person and that is okay with me. I learned a lot from that transaction and I am set to make many more. I will make 6 figures this year and I am eternally grateful for everything. If you need any assistance with your next real estate transaction feel free to shoot me an email. LET'S GET THIS MONEY, BABY!! QUEEN SOCIETY is here for all of your real estate needs!!

Email deals and questions to sunnydoesinvesting@gmail.com today. And remember; LIMITATIONS are NOT REAL. LIMITATIONS only exist in our MINDS.